I can view local variables in Script Debugger, in a handler, if they are defined as local.
I don’t seem to be able to view script property values (variables that are defined as properties in a Script).
Is there a way of viewing these “property” variables?

If you step through this script:

do you not see x in the Variables list? 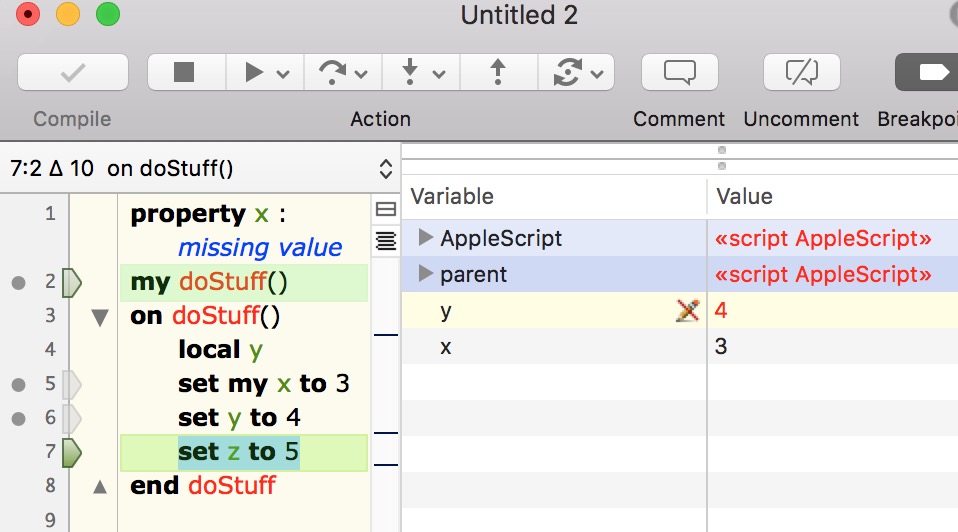 Thanks for the suggestion. It helped me identify the problem and it is a little more involved - not sure what is broken where (is it AppleScript, ScriptDebugger, pilot error = me). Something is really wrong here - or I do not understand it.

use AppleScript version “2.5”
– use framework “Foundation”
use scripting additions 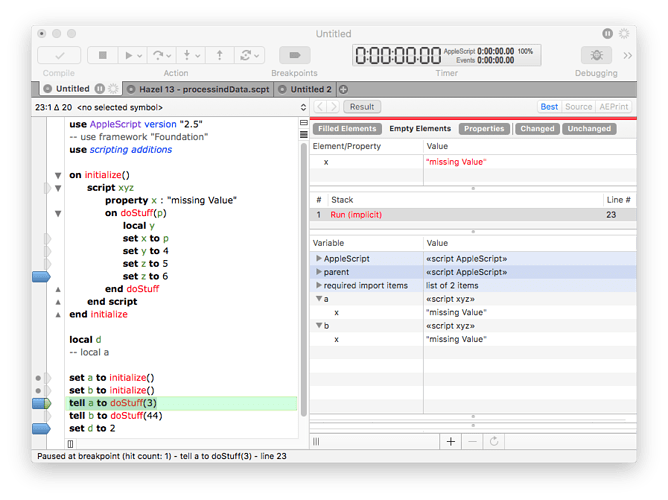 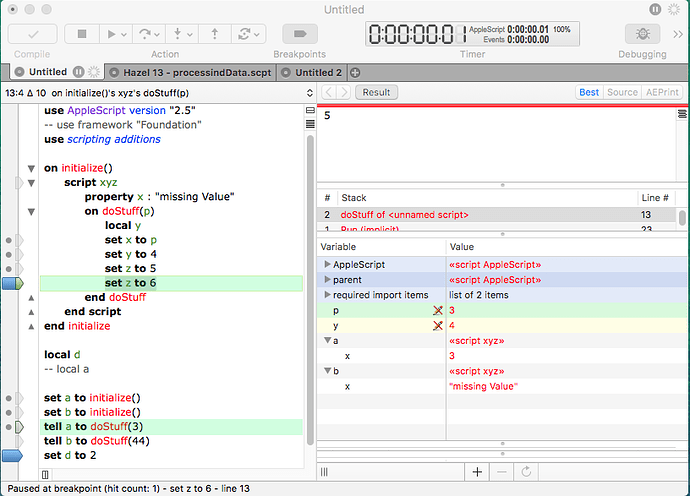 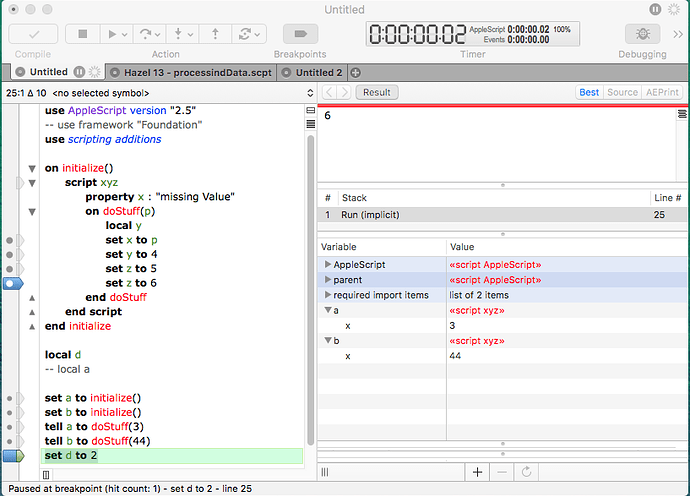 If I then uncomment “-- use framework “Foundation””

Conclusion - do not use local when instancing objects. 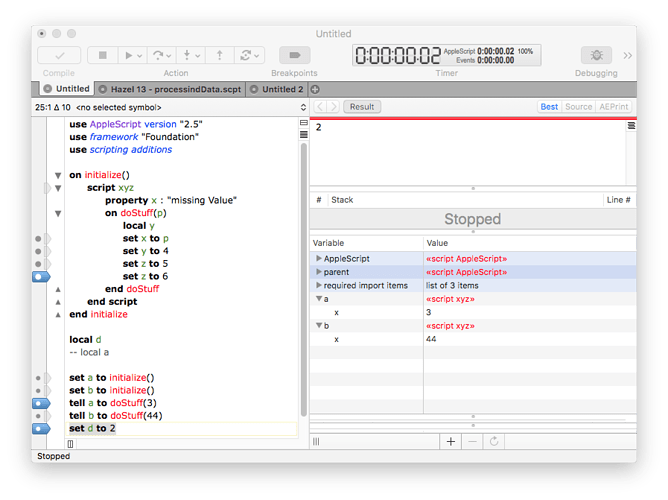 Interesting. The combination of the local declaration and the use of ASObjC seems to be resulting in an unexpected type being returned – I suspect it’s something like a descriptor containing a pointer to the original descriptor. Whatever, it shouldn’t be happening.

I agree. However I have a work-around to avoid the issue. Just have to remember to use it.