I was running a test on an app that runs successfully on SD7 and received the following error: 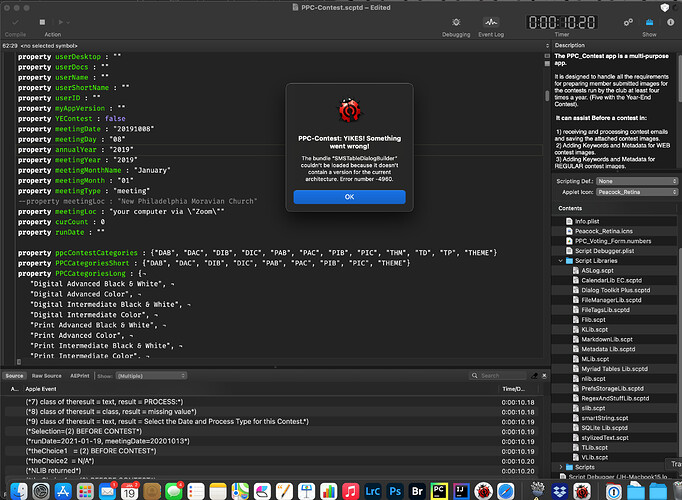 I presume you’re running it on an M1 Mac, in which case Script Debugger is running native arm64 code, and therefore can only load frameworks in script libraries that is also compiled for arm64.

So the answer is here:

I’ve released new versions of three of my script libraries: Myriad Tables Lib, SQLite Lib2, and BridgePlus. They are functionally identical to the previous versions, but the included frameworks are universal Intel/arm64 versions, and all three are distributed together in a single application. You can download them here under the link for Shane's Script Library Pack: https://latenightsw.com/support/freeware/ This will download a disk image containing an applet, which contains the libraries plu…

Thanks. I was testing on an M1 Mac mini. I will test again with the new library app on the m1 mini tomorrow. I did test the same script on an intel MacBook Pro using Sd8 and it ran fine.