It’d be nice to have the ability to gather windows scattered over different screens/displays with a ‘Merge All Windows’ menu item like the Finder has. 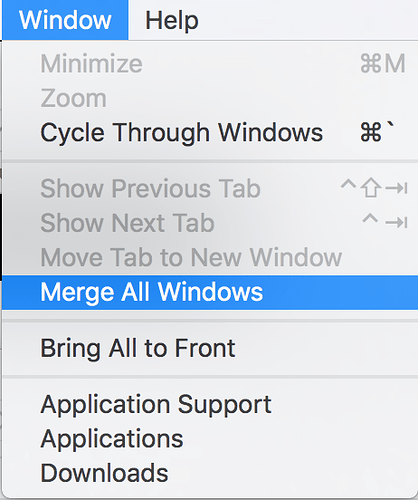 It would have to be Merge All Document Windows, but it sounds a reasonable idea.

Speaking personally, I’d like an Untab All windows command in the Finder…

Wasn’t a future version of Script Debugger supposed to take advantage of the native tab functionality offered in macOS? Which would provide that functionality “for free” and also include the new graphical tab overview that’s been added in High Sierra.

This work is taking place as part of the Script Debugger 7 effort. We’ll take this opportunity to rework tab management a bit and introduce this and a few other convinces.