I was going to report this as a SD7 issue, but I went back to SD 6 and the same thing happened.

I now have two monitors connected to my mac, one landscape and one portrait.

What happens is that if i’m moving script windows around between the two, the script windows disappear. They seem to be below the bottom of the vertical monitor. (The tops of the monitors are aligned)

I have a script that arranges windows in SD and one that cascades them, but they don’t help. Menu choice for zoom or full screen don’t work. Only solution is to quit SD and relaunch.

Are you sure they’ve disappeared? it’s possible to drag a window so that only a tiny corner is visible in the bottom corner of a screen, but I’m pretty sure the OS will not let you drag them to nowhere.

I am sure they disappeared. I think what’s happening is OS and/or SD is getting confused because the bottom of the two monitors are not aligned and it allows the window to be dragged off to nowhere.

I’ve had the dual monitors set up for a few weeks now and SD is the only app that’s had this issue. (I had dual monitors previously, about a year ago, and never saw this before.)

If I let go and click on the window again, same thing, cursor jumps above the window. It’s in this state, I think that the first window may have disappeared. After that the other three windows I had opened vanished.

I tried to recreate and got the state with the cursor appearing above the window, then that window disappeared.

Can you post a screenshot of your monitor arrangement, and describe where you’re dragging from, and where to? 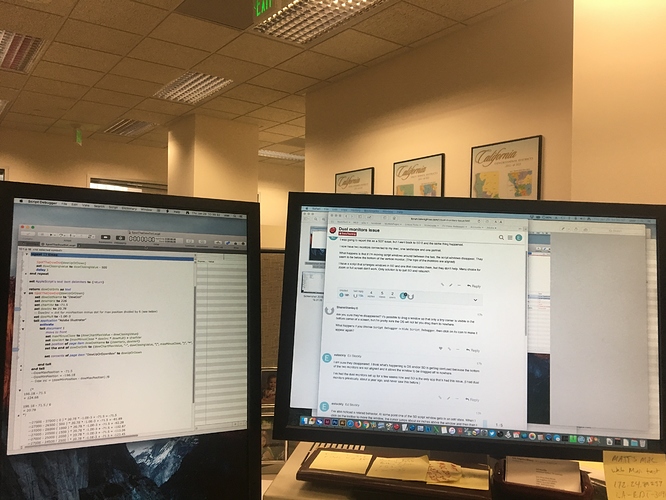 That weird bar might be something set by “Displays have separate Spaces” in “Mission Control” of the “System Preferences.” It lets you choose different work spaces. I just uncheck the box so that doesn’t come up when I move the mouse to the top of the screen.

I think Shane would also be interested in seeing how you have your monitors arranged: 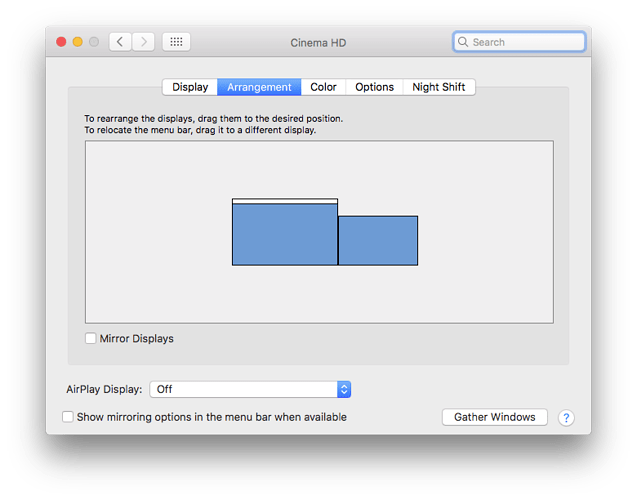 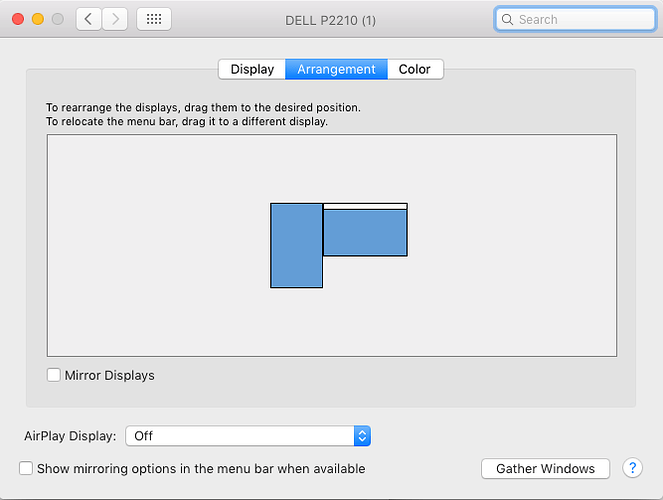 As Bill says, that behavior relates to the Spaces setting. Is the disappearing window issue happening at any other times?

If it happens again, could you try two things:

I’m not sure if it happens at any other times. It’s happened three times now. Once in the wild, and twice trying to make it happen again. I believe I may have seen that spaces thing pop up but not sure if it did all three times, but I’d say that’s a likely suspect.

When it happens I definitely hid and brought SD back.

And tried numerous other things, switching desktops; bringing various apps forwards; trying all the related options in the view menu.

Next time it happens I’ll do a screen recording.