I was wondering which docsets you find useful when you work on AS/ASObjC with Dash ?

You probably know already that there’s an AppleScript docset in Dash, which is reasonably OK. 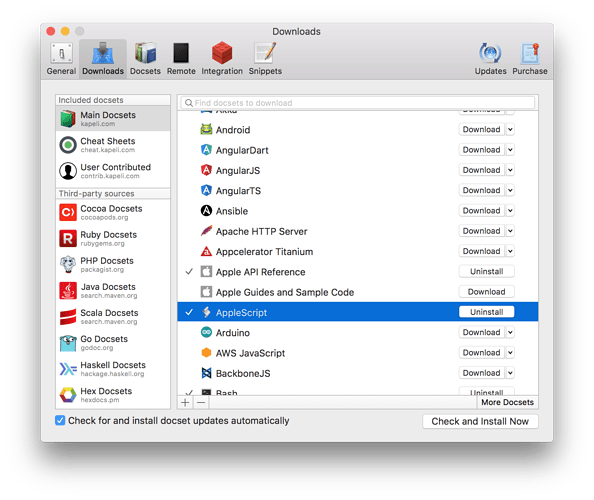 I must admit thought that I tend to use SD’s Dictionary and don’t actually have the Dash plugin wired up for SD.

As for ASObjC, I tend to just use the Cocoa docs and translate if I need to. SDs Open Quickly is useful here too, as there’s a lot of example scripts from Shane it’ll bring up (if you have the code from his books on your system somewhere) very quickly.