I wrote a new e-book about AppleScript execution’s aborting. PDF 32 pages (In Japanese). 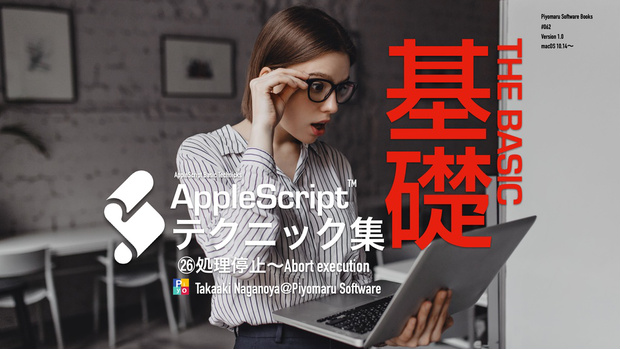 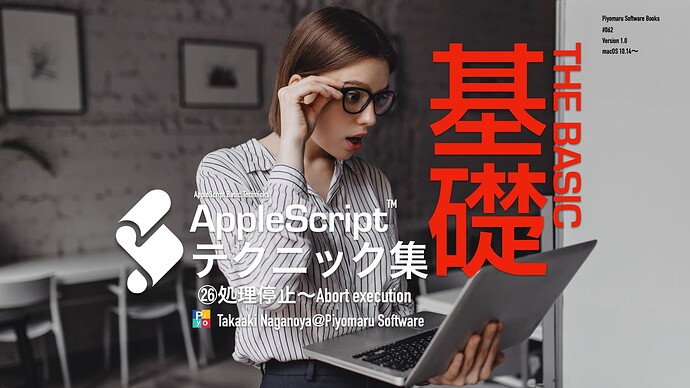 ■ Stop check in the loop to actively stop

It is rare to be able to stop in the standard method
How to deal with it: monitor “something” during the main loop and stop