It would be nice if SD6 spotted the standard macOS triangle widget which allows to edit the document’s file name, like e.g. in TextEdit. 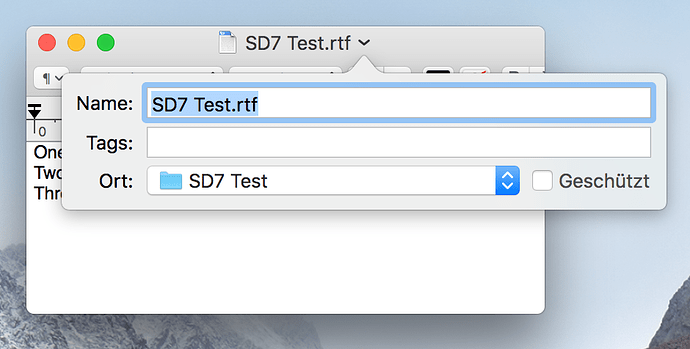 That’s only available in apps that support autosaving (those that have a Rename… command in the File menu). Script Debugger doesn’t support autosaving, which is problematic with AppleScript because standard script files are a compiled format.