A third way of putting AppleScript into git

There are currently two ways of putting AppleScript into git. First is just by adding the binary .scpt-files. You don’t get much benefit from using git, but it works.

The second way is to save your AppleScript source as text-files, and put these into git. You get advantages from git, but it is not as seamless as the first way.

Now you can combine those two ways by using the osagitfilter utility. Technically, it’s a git filter that translates AppleScript’s binary format into the text-representation which then will be used by git’s internal workings.

See the repository’s readme for installation instructions. After that, you can put compiled script files, AppleScript applications and script bundles in git as if they where regular text-files. When you then clone this repository, the files are re-assembled bit-perfect.

Let me demonstrate this by an example. First create a git-repository:

Now create the AppleScript-file my_script.scpt in this folder with the following contents:

Since we don’t want to add a binary file to git, we first need to associate the .scpt-extension with the osagitfilter (you need to explicitly opt-in every repository). This can be done by adding a line to the .gitattributes-file, connecting the .scpt-extension to the osa filter:

Now the files can be added to git:

Now let’s change the script by appending & ", I like your name" to the say command in the my-script.scpt file. Don’t forget to save.

Now when you run git diff, you can see the changes you made as you would with text-files. You don’t need to stick with the command-line: I can confirm it works with GitHub Desktop. It should also work with other GUI’s, but I haven’t tested this.

The program is called osagitfilter, so you can also add JavaScript .scpt-files. There is also a feature that prevents you from accidently adding AppleScript-debugger files to git (a special file format used by the indispensible Script Debugger).

I hope osagitfilter will be useful tool. It will not completely replace the first two methods, but it’s nice to have an alternative to them.

(this article has also been posted to my blog)

The second way is to save your AppleScript source as text-files, and put these into git. You get advantages from git, but it is not as seamless as the first way.

How is it not as seamless as the first way ?

How is it not as seamless as the first way ?

Multiple reasons. Some that come to mind when working with AppleScript-source as text files:

Does this make any sense?

(and how do you make a post at least 20 characters with only one emoticon?) 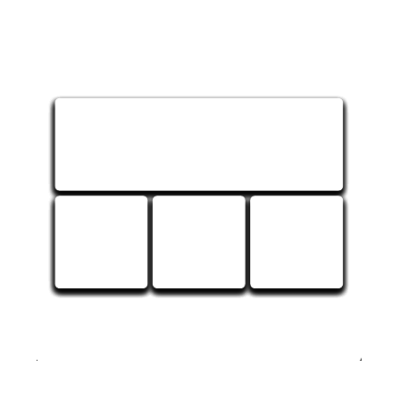 Most awesome! I do have .scpt files in many of my git projects, and this is quite useful to me.

Please let me know how it’s working out for you.

I not sure what you mean with Fenced MarkDown. However, with osagitfilter there is no need to user markdown. See for exampe this AppleScript file on GitHub.

When you clone the repository, while having osagitfilter installed, the super_script.scpt file is stored as a compiled AppleScript file on your disk, while having “kinda” syntax highlighting on GitHub (and also in your git diff tool).